The Aim of Your Gratitude


Often – too often perhaps – we speak and don’t think first.  This shortfall falls into the most common moments.  Maybe the most likely ones are moments of gratitude in seasons of blessing.  Where do we aim our gratitude when all is well?

As a family, we have a lot.  Glancing around the room, even just from where I sit now, we have some beautiful things.  I spy with my little eye artwork and heirlooms and comfortable places to sit.  My wife has pieced together some warming items of décor that cozy up our living space with a calming and contented appeal.

Our home, both inside and out, gets plenty of compliments by guests and passers-by.  We have worked hard on it over the last few years, some areas harder than others.  We aren’t sitting in luxury’s lap by any means, but we have enough, with enough left over to share with others.  We have been blessed – most folks we know have been as well – and we are thankful as often as we think about it.

Israel had been blessed as well.  Hosea 10 lurches forward:

She was long and narrow, full of foliage, high and full of robust fruit.  You’ve seen these vines.  Around my parts we’d be thinking about blackberries or raspberries.  In season they catch our attention.

Stop.
Survey the bounty.
Pick one or two or more.

The flavor burst of fruit juice rushing through your fleshy cheeks is strikingly tart or sweet.  We always reach for more.

Israel was a luxuriant vine…and they knew it.  But where do they aim their gratitude?  As they grew as a nation and a people of geographical repute, they built altars; thick level based stone heaps with strong pillars surrounding them.  From hilltop to hilltop, the landscape was dotted with altars of gratitude.  They had so much to be thankful for.  Here an altar, there an altar, everywhere an altar of gratefulness and appreciation.  But none of them aimed to their God and King.

Where did they aim their gratitude?  Self-pursuits and idolatry.  The decade’s old crooner now passed might have summed it up well:  “I did it myyyyyy wayyyyyy.”

Just imagine God listening from the next room over.  The people he had made a people; the vine he planted and dressed and tended unto luxury and honor among all other vines, here is their thanks poured out in a single thorn-sharp dictum (soon to be epitaph).

God made them who they were and they refuse to acknowledge Him at all.  There are consequences for this in God’s economy.  There is discipline in store.  Again, as in previous passages, Hosea depicts thorns and thistles overtaking their altars and pillars of thanks; the “luxuriant vine” itself choked out by poisonous weeds and wild vines (verses 4 & 8).

So here, now, it has never been a better time to seek the LORD.  The agricultural references in the text are replete.  If you don’t get the point from the context, I can explain more fully.  Simply though, get back to work in the field.

“You have plowed iniquity;
you have reaped injustice;
you have eaten the fruit of lies.
Because you have trusted in your own way…” (vs. 13)

Well, now it is time to sow right-ness and reap grace and mercy.  Go on out there; break up the fallow ground, “for it is the time to seek YHWH.” (vs. 12)  Take a good long look around.  How has God blessed you – benefitted you is another way to say that – either uniquely or generally.  Where will they – indeed we as well – aim their gratitude?

For them, for me, for you…  There is a storm coming.  Rain is on the way.  May it be a downpour of righteousness. 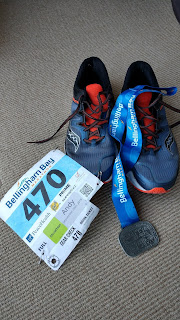