The Seeds We Sow and the Gardens We Grow

My family and I, we don’t garden much.  Not in any religious way at least.  We have some colorful and neatly kept pots and bedded areas around our yard, but nothing like gardens featured on shows or in magazines.

My Dad, however, did gardening.  Every spring he’d fire up the old gas rototiller and wake up the slumbering earth.  (There was one year, not long after his Dad passed away, that he used an antique hand plow that he’d “inherited” with a rusty steel wheel, wooden handles, and a single blade.)

I remember the lively aroma of damp dirt filling the air as he churned up the rich native soil.  Dead stems and stocks from last year’s bounty, now yellowed from the long winter’s freeze, were yanked below the surface and mulched into the soil by the twisting tines of the tiller.  Back and forth, forth and back he went, until the land was dark and clean. 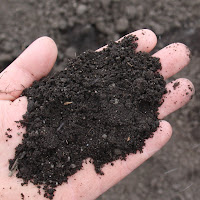 I remember the texture of the loam.  He’d go and go until a handful of earth would clump tightly in his fist, and then, as he loosened his grip, so the earth would loosen and collapse in his palm.  It was hard work.  Mostly I looked on until it was time to plant.

I remember Dad would hand me a small white envelope, about the size of my youthful hand, and I’d spill a few seeds into my palm.  A finger poke, a seed dropped in, repeat, repeat, repeat.  Each time gently covering over the seed; now a hidden treasure from its aerial predators.

It all wouldn’t make sense, and frankly it would be impossible.  The mere mention of it pokes fun at the laws of nature set in place ages ago by Him who holds the ages.

Very simply put, we harvest what we plant.  Or, more in line with Hosea, we reap what we sow.  In gardening and in life, what we cast out, give voice, or lay hand to produces a return of like kind.

A bitter glance in the direction of your enemy reaps a hardened heart and a broken relationship.

A jovial laugh sewn into a moment of tenuous talk reaps a lighthearted lift in the space between lips.

We get it.  The small things sewn to the world become returns of greater array.  We get it.  But we don’t always consider it in the moment of sewing.  And the Israelites didn’t either.

Hosea is at his wits end in chapter 8.  Seriously, Israel…

“How long will you be incapable of innocence?” (vs. 5)

“I didn’t know…
that which I sew
would soon enough grow?”

They were a people who, Hosea says, “sew the wind.” (vs. 7a)  The empty rushing – just imagine the picture – the empty rushing of breath and words breathed out, but void of any God-ward worth.  Have you had these conversations before?  Have you noticed these folks walking hither and to?  Have you been the source of sewing wind?

Where is it going?
Where did it come from?
Who knows?
IT’S THE WIND!

Small things sewn as the wind are, keeping with natures laws, soon to be reaped as a whirlwind (vs. 7b).  Imagine again, those words spoken and deeds done, swirling all around and about.

I picture heaps of dry and shriveled leaves caught up in a whipping wisp of fall winds, tossed about in every direction, clumping in corners and outlying areas where no one cares to trod or travel.  I picture a swirl of dust as high as a tractor slithering across a barren field.  I picture a funnel of gathered wreckage as tall as the clouds slamming through communities and counties leaving a clean trail behind. 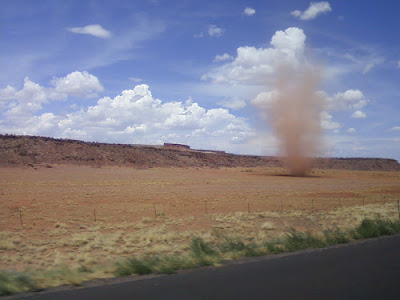 And so, for you and I, hence becomes our produce of sinful seeds sown.  But there’s a better way…

Further on in Ephesians 4, the Apostle Paul helps me out tremendously.  Maybe he will for you too?  Starting in verse 25 he levels a list of exhortations that level my lists of sinful seeds sown.  In my words, unless in quotes, the list proceeds:

Quit lying.  Be true instead; in words and actions.
Righteous zeal, even vehemence?  Sure, toward the evils that surround us.  But guard your heart from rage and angry.
Stop stealing.  Do the hard work to earn your keep…and then give it away to meet folks’ needs.
Quit tearing people down with your words.  Try building people up, “that it may give grace to those who hear.” (Isn’t that sweet!)
When we kill – with words or hands – the Holy Spirit grieves that death.  Make a better choice.
Besides “bitterness and wrath and anger,” pack up “clamor and slander…along with all malice” and ship it all back to hell where it’ll find good company.  Instead order up and unpack kindness and a tender heart – which is manlier than you may imagine – and a forgiving posture.  After all, remind me, whom was it who forgave you again?

Just imagine the garden we’d grow if these were our seeds! 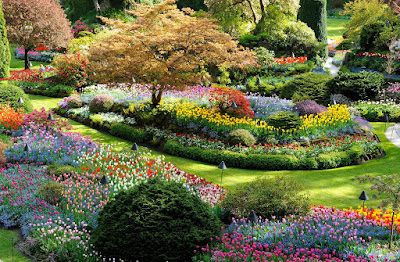