We gather in remembrance of and gratitude for the Lord Jesus Christ; in particularly His death on the cross, body broken and blood shed for the redemption of God’s people.

In Matthew 26 Jesus says some of the most beautiful and meaningful words in all of Scripture.  Ironically, though not accidentally, these words are wedged into the text between Judas’ betrayal of Jesus and Peter’s denial of Jesus.  Perhaps not altogether unlike how this time together around the Lord’s Supper wedges in between my…our…betrayals of Jesus this past week and my…our…denials of Jesus this coming week?

“Now as they were eating, Jesus took bread, and after blessing it broke it and gave it to the disciples, and said, ‘Take, eat; this is my body.’  And he took a cup, and when he head given thanks he gave it to them, saying, ‘Drink of it, all of you – Judas and Peter included – for this is my blood of the covenant, which is poured out for many for the forgiveness of sins.’”
-Matthew 26:26-28 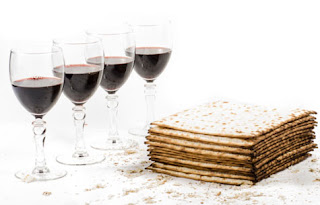 It was Passover for the Jewish people and Jesus was gathered with his closest friends to eat the Passover Feast.  The Passover Feast was then and is still today a meal laden with significance and symbol.  Everything at the table and the manner by which it is consumed is rich with order and meaning.

Amidst the order and meaning are four cups of wine.  Each to be drank at just the right moment in the meal.  Each representing a promise of God to His people at the outset of the Exodus.

The meal for Jesus was well along by now.  He takes the third cup – the third promise.  Read it again:  “I will redeem you with an outstretched arm and with great acts of judgment.”  Let that settle in…

“The sting of death is sin, and the power of sin is the law.  But thanks be to God, who gives us the victory through our Lord Jesus Christ.
- 1 Corinthians 15:56-57

And here we remember and participate together in the bread and the wine – the third cup – and reflect on the goodness of God in fulfilling His promise to redeem His people with an outstretched arm and a mighty act of justice!
-
-
-
-
-
-
-
Curiously though, there is the fourth cup still at the table with Jesus and His disciples…

The fourth promise.  Read it again:  “I will take you to be my people, and I will be your God, and you shall know that I am YWHW God.”

I imagine Jesus, very still and patient, looking at that fourth cup; maybe for what felt like too long to be comfortable, and then Matthew 26:29:

“I tell you I will not drink again of this fruit of the vine until that day when I drink it new with you in my Father’s Kingdom.”
-Matthew 26:29

In a moment.
In the twinkling of an eye.
At the sounding of the last trumpet.