If Pennies Were People

I overheard the guy in line in front of me tell the grocery checker: “Keep the pennies.  Momma always said they don’t make no sense anyway.”  See what he did there?  Sense and cents; they’re homonyms?  They sound the same thing, but mean something different.  Oh, look at me, giving you a stemmed off course in axiomatic grammar.

Of course he was speaking tongue in cheek.  His little familial quip was a clever way to say “keep the change” and get a smile out of folks within earshot.

As well, however, his little familial quip reinforced the societal norm that the value of a penny is so negligible that it is perceived as disposable; cast-off, passed-by and tread upon. 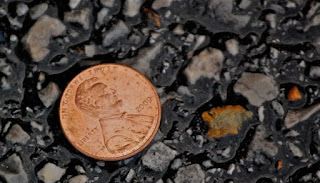 Pennies end up on the ground in the parking lot or in charity pots by the door or in those “give a penny, take a penny” trays by the checkout counter intended to make up change for the guy who threw his pennies on the ground or into the charity pot.  Nickels, dimes, and quarters; those we keep.

Alone, a penny can’t buy anything.  Pennies fill in the gaps between valuable coins.  They are merely a concession to make up the nominal amounts of change between nickels, dimes, and quarters.

No one is dropping 129 pennies on the counter to pay for a pack of gum.  No one is counting out 77 pennies when they can use three quarters paired with two pennies and move right along.  No one is rolling stacks of 50 pennies to hand over in heaps to buy a burger.  No one is that ridiculous or cruel to pull these off on the good folks giving their lives to retail sales.

Thus, we don’t save them.  When we get two or three pennies back amidst a smattering of change, they’re all too often discarded in previously said ways.

Curiously, I have never seen anyone dump more than a couple pennies at a time on the ground.  There is at least some sense of cents they make in groups in our pockets.

Pennies on the ground though, perceived as valueless…

As of late, I have made a habit to notice rejected pennies and pick them up.  When I find one or two laying in a road gutter or along a wet sidewalk or wherever they’ve been tossed, I’ll do the hard work of bending over, wiping it off on my pants, and tucking it safely in my pocket; redeeming it in a way.

I am where I’m supposed to be, I say to myself. 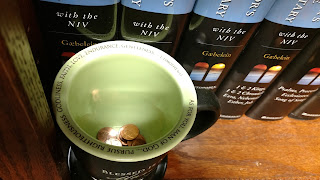 They are to me a sort of monument of this life I have lived.  You see, if pennies were people, I believe Jesus would notice them and pick them up.  That’s what He did to me.

The gospels are full of stories of negligible one’s, perceived as disposable; cast-off, passed-by and tread upon.  And each one Jesus noticed.  Over and again He has compassion on them because they are like sheep without a shepherd.  He healed them, restored them, reconciled them, redeemed them.

Jesus told his disciples “the harvest is plentiful, but the laborers are few.”  Still true.

Doesn’t need to take much more than noticing them and picking them up, people that is…and pennies too.