Yes, I voted.  No, I did not vote for a popular party.  No, my candidate did not win.

This morning, just like yesterday morning, and the morning before that, kids all across our country – from coast to coast, from border to border – will stand up in class, cover their heart with their right hand, and pledge allegiance to the American flag. 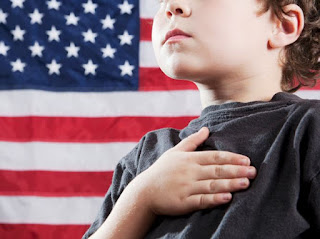 Of course there will be those who will abstain for various reasons, most of which fit well within their freedom to do so.  Yet, the majority of kids will follow daily suit and recite the 124 year old pledge.  I wonder if you would do the same.

Kids will pledge allegiance to a flag that stands for a single nation of sovereign states united as a republic.  I wonder if you would do the same.

Kids will promise fidelity to a flag that stands for one nation established under divine principle (not divine rule mind you).  I wonder if you would do the same.

Kids will give their word of loyalty to a flag that stands for a nation proven to be indivisible, particularly in times and seasons of duress.  I wonder if you would do the same.

Kids will vow their commitment to a flag that stands for a nation with enough liberty and justice for every breathing soul that calls this nation home.  I wonder if you would do the same.

It’s possible your answer would settle with the dust of Election Day in a pile of “I’m not so sure right now.”

I understand that.  This election season has been particularly grueling on the emotions of the American people.  Never-the-less, kids will pledge allegiance to a banner – not a man or a woman – that waves in the wind of freedom blowing across this land.  And this wind of freedom is ours as a God-given dignity to breathe deeply and express rightly.  More than 120 million people expressed their freedom on Tuesday and days leading up to it.  Their votes have been cast.  Their voices have been counted.  Mr. Trump has emerged as our president elect.

It may be assumed that Mr. Trump has won the majority of electoral votes, but has not won the majority heart.  It is likely that a percentage of the votes cast for Mr. Trump, perhaps enough to turn the tide, were cast merely in opposition to Mrs. Clinton and not in affirmation of Mr. Trump.  (My sense is many votes were cast similarly in Mrs. Clinton’s direction as well.)  We know today that Mr. Trump has lost the popular vote and thus, lacks the confidence vote of our nation.  His battle will be uphill and his task will be awesome.

Besides having to repair broken relations, regain social assurance, and earn a popular devotion, as well he will have to lead in a manner that affirms the pledge of our nation’s kids.  To do all this he’ll need all of our help.

My intention, along with joining children in their pledge, will be to pray for Mr. Trump.  There is a verse in 2 Chronicles that has meant a lot to our family during this season of life.  The context of the verse is rather frightening, though it takes nothing away from the truth it proclaims…

“For the eyes of the LORD run to and fro through the whole earth, to give strong support to those whose heart is blameless toward him.” (2 Chronicles 16:9)

My prayer for Mr. Trump will be for the LORD’s strong support.  The key will be his demonstration of a blameless heart toward God.  Here I will turn to another verse that has meant a lot to our family lately…

“He has told you, O man, what is good; and what does the LORD require of you but to do justice, and to love kindness, and to walk humbly with your God.”  (Micah 6:8)

These three are characteristic of a blameless heart.  These three will repair broken relations, regain social assurance, and earn popular devotion.  These three will produce a manner of leadership that will in turn affirm the pledge of our nation’s kids so we all might join in and declare together…

“I pledge allegiance to the flag of the United States of America, and to the republic for which it stands, one nation under God, indivisible, with liberty and justice for all.” 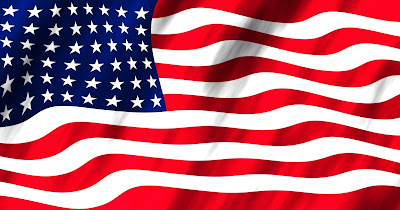