Toward A Biblical Theology of Show and Tell | A Kindergartner's Report 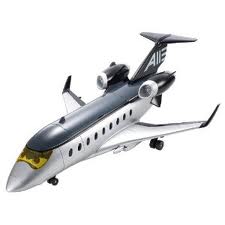 I really need to get to my son’s kindergarten class for show and tell sometime soon.  The reports he’s bringing home of what has been “showed and told” are jaw dropping.  Ready for these:  A soccer trophy, teeth from an elk, stuffed animals, a toy airplane (a high bar contribution from my son himself), and a kite.  And he accompanies each of these with a story that probably loses something in translation, but surely must leave those 5 and 6 year old bums on the edge of their carpet squares in the moment.

Sarcasm aside, as primary as kindergarten show and tell time may be for you and I, there is obviously something about it that impacts my son deeply, to the degree even of reporting back to me on what he heard and saw.  And that is why I want to visit sometime soon.  Not to hear and see the same things my son hears and sees, and arrogantly remind myself how childish it is to talk about and show off a $15 dump truck or a $5 princess crown.  But rather to listen curiously and watch carefully as great stories are told of real things that have enormous value to children, and how those stories and things are met with wide-eyed wonder and sincere impression by their peers…so I can be reminded of how to show and tell the good news of the Kingdom of God.

Do you catch what I mean?  Maybe you’ve got it figured out already, and if so, you can save time by not reading anymore of this blog post, but I want to be able to give report to anyone and everyone about what I hear and see my Savior doing in me and around me so that people are impressed – pressed in or imprinted upon or lastingly stamped – by Him who I am showing and telling…and often enough I think my show and tell lacks that.  I guess I want to make an impact in such a way that others are confirmed in their pursuit of Jesus Christ; that he really is who he showed and told himself to be and that he has enormous value to me, and that “you oughta go home and tell your parents about Him.”

In Matthew 4:23-25, after Jesus was baptized and after he was tempted in the wilderness and after he carefully selected his first few disciples, but before he launches into what we refer to as The Sermon on the Mount, there is a narrated transition in the text.  It’s a movement between scenes that is noticeably fast and general, like when a commuter train accelerates to top speed in less busy areas of the city or in tunnels to cover ground between two stops quickly.  It sums up the prior scene and sets off the next by filling the reader in with necessary detail.  In a mere three verses we learn of Jesus traveling “throughout all Galilee, teaching in their synagogues and proclaiming the gospel of the kingdom and healing every disease and every affliction among the people.  So his fame spread throughout all Syria, and they brought him all the sick, those afflicted with various diseases and pains, those oppressed by demons, epileptics and paralytics, and he healed them.  And great crowds followed him from Galilee and the Decapolis, and from Jerusalem and Judea, and from beyond the Jordan.”

You can see and feel the speed and generality of the passage, as well as the breadth of Jesus’ reach.  But I want to slow the passage down lest we miss the two-fold activity Jesus engaged.  Right near the beginning of the text, as Jesus journeyed long and wide throughout the northern region of Israel called Galilee, he basically did two things together wherever he went:  He proclaimed the good news of the Kingdom of God and he healed everything among the people.  Kingdom proclamation and kingdom demonstration.  I guess you could say he had show and tell time everywhere he went.  Don’t believe me?  Read the next six chapters.

Matthew 5-7 is a nutshell proclamation of the Kingdom of God.  You’ve read it, I’m sure, or at least heard of it...

Town by town Jesus went, “proclaiming the gospel of the kingdom and healing every disease and every affliction among the people,” showing and telling the good news of the Kingdom of God…and folks didn’t miss it.  They heard and they saw every bit of it.  Particularly his disciples, who, in chapter 10, he sends out to do the very thing – showing and telling – that he’d been doing.  But Jesus’ disciples weren’t the only disciples listening in and looking on.

In Matthew 11 there is an occasion that we have probably missed a hundred times, but we oughtn’t miss again.  After Jesus’ disciples launch out on their show and tell missions, along come the disciples of John the Baptizer.  John hasn’t been doing much baptizing.  In fact, he’s been in prison and he’s eager to be confirmed in his pursuit of hope in Jesus as Messiah.  And the thing of it is, that is exactly what many people in our present day culture are longing for; some kind of confirmation on who Jesus is.  He’s not a secret anymore.  But apparently He’s a mystery.  And either folks are wrong or they are right in their suspicions of him, but their imprisonment of conscience is crippling them and they’re looking and listening for something that might help them in their pursuit of some hope.  They’re looking at and listening to Christians like me…

So John sent his disciples to Jesus to find out if Jesus is in fact the “one who is to come” or if they ought to keep their eye out for someone else.  And do you know what Jesus tells them?  You’re going to flip when you see this.  I did when I first saw it.  He turns John’s disciples around.  Tucks them under his arm, pulls them in like old pals so they can hear his hushed tone and points down the long dusty road:  “Go and tell John what you hear and see…” (11:4).  HA!  Don’t you love that?!  That’s it, really.  Go and give a report on show and tell time.

“You guys head back to my good friend and cousin and, you remember all those things I said and did that you met with wide-eyed wonder and sincere impression, like kindergartener’s at show and tell time, well you give him a report of it all – everything I’ve done in you and everything I’ve done around you.  You tell him all about the Kingdom of God I proclaimed on the mountain top.  You tell him ‘the blind receive their sight and the lame walk, lepers are cleansed and the deaf hear, and the dead are raised up.’  And you tell him that he is richly blessed if he is not offended by me, but rather is impressed – pressed in or imprinted upon or lastingly stamped – by me.” (Matthew 11:4-6; in my own words)

And so maybe I don’t have to go to my son’s kindergarten class to take notes on show and tell time.  Maybe instead I need to be more attentive to all the things Jesus has said and done; listen more curiously and watch more carefully to all He does in me and around me that floors me with wide-eyed wonder and sincere impression…and then report back to people I meet.  I wonder then if they’d be impressed – pressed in or imprinted upon or lastingly stamped – by my Savior and Lord, Jesus Messiah, maybe ever unto giving a show and tell report themselves.